Zheng Chenggong (also known as Koxinga) was born in Kawachi village in Hirado in 1624 between a Japanese mother, Tagawa Matsu, and a Chinese father, Zheng Zhilong, an influential maritime trader operating out of Hirado. According to legend, Zheng Chenggong was born when his mother was collecting clams on Senrigahama Beach and suddenly went into labour. 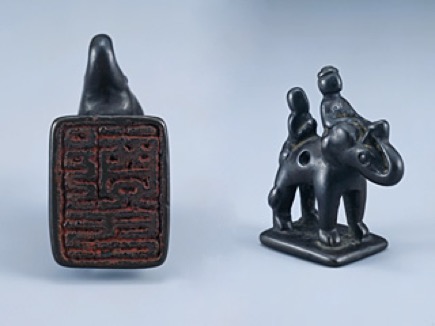 Zheng Zhilong was the leader of a maritime trading group commanding several thousand people when he was called upon by the Chinese Ming government to help defend their dynasty. Later his son Zheng Chenggong also crossed the seas from Hirado to China on his own at the age of 8. He entered Nanjing University when he was 15 and at 21 years old the Ming emperor bestowed him with the imperial surname Zhu and the first name of Chenggong, meaning `Succes`. His new surname lead to his English name Koxinga which means `Lord of the Imperial Surname`.

He led the resistance to re-install the Ming dynasty. He set up base in Taiwan where he ousted the Dutch who ruled over Taiwan at the time. Zheng Chenggong established his own government and rule of law. He developed the land leading to prosperity of the people. However he suddenly fell ill in 1662 and passed away at the age of 39. Eventually the third generation lost Taiwan to the Qing dynasty.