Lords of the Matsura Family

Matsura Shigenobu (Tenshō), the 29th head of the Matsura family, was a close friend of the well-known military strategist Yamaga Sokō. Yamaga Sokō himself didn’t become a retainer of the Hirado domain but his grandchild did. Therefore the school of Yamaga military studies moved and remained in Hirado till the end of the feudal era (Edo period). In 1850 the influential revolutionist scholar Yoshida Shōnin visited Hirado to study the Yamaga-style of military studies. 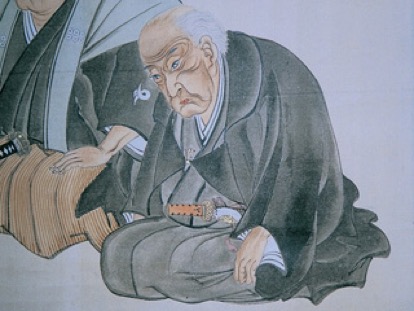 Matsura Seizan, the 34th head of the Matsura family, was also known as the Arts and Sciences Daimyo. He became lord of the Hirado domain at the age of 16. At the young age of 20 he built the Suishinkan School within the castle grounds for the education of his vassals. In 1789 he proclaimed that `literary matters are the real occupation of a samurai`. Together with the Suishinkan School he built Rakusaidō Library, a facility comparable to a modern day museum archive.

At Rakusaidō Library he collected documents from around Japan as well as foreign documents bought from the Dutch traders in Nagasaki. Most are written or painted documents but he also acquired terrestrial and celestial globes, western books, items related to the Ainu, art objects and even excavated items. He collected a total of 17.529 written documents which included many books published in Japan, China, Korea and the Netherlands. The Rangaku (foreign studies) scholar Takano Chōei would come to borrow and copy books from the Hirado domain. At the time many daimyo had their own collections of important documents, but Seizan’s collection is believed to be the largest surviving collection in Japan.